Thanks to advancements in technology and social media, we take in more information than ever before. Now, we can watch the news and keep updated with posts from the other side of the world as the situation or event unfolds. But as the global situation gets more complicated, misinformation and fake news are becoming more prevalent. So, how can you distinguish genuine social media posts and news from fake or misleading ones?

How much your life revolves around your devices largely depends on your technological age. We now spend hours on social media, not just to stay in touch with friends but also as our source of information and news. A recent ExpressVPN survey found that 14% of younger people spend more than five hours a day watching YouTube content. Much fake or misleading information on social media can be pretty harmless. For example, the same survey showed that 2 out of 5 participants aged between 16 and 24 have a fake Instagram account, also known as a ‘finsta’, where they post unfiltered content to a trusted group of friends. On the other hand, there is a darker side to fake pages, information, and misinformation on social media. Regarding the recent world news, the United Nations warned that “Falsehoods are filling the airwaves. Wild conspiracy theories are infecting the Internet.” It is well-known that even the most established news organisations are often influenced by a particular political bias. So, develop the habit of always evaluating and comparing posts or news stories, don’t just believe the first thing you hear or one individual source of information. Some things to look out for are dates and if it is verified information.

It is common for old social media stories or memes to recirculate at a later date, so always confirm the date of the story to establish that it is current. Broaden your horizons, don’t just rely on one social media platform for news. Check a variety of sources to get a well-rounded and complete picture of a story. A good rule is if you don’t know the source, don’t share it.

People often share misinformation on social media without even realising it. At the moment, there are a lot of videos circulating showing ‘real’ footage. Some of these now-viral videos are footage from movies or video game simulations. People often share these with the best intentions or out of a sense of solidarity when in fact, what they are sharing is not genuine or authentic. Videos can also easily be taken out of context.

Fake videos can be a bit more difficult to spot than other types of content. One way is to check if it is old or new. You can take a screenshot of part of the video, download it and do a google search of the image, and you can quickly see if the footage was taken from another video and the date it was taken. You can also use online tools to check authenticity. For example, use the YouTube DataViewer to double-check that viral video before forwarding it.

Don’t underestimate using common sense, don’t be influenced by your personal feelings and focus on factual information. Does the information or content seem extreme or unbalanced? Fact-checking is as important as washing your hands! Usually, if something seems too good or outrageous to be true, it often is. 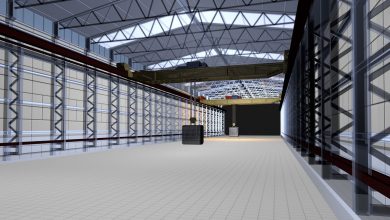