Home makeover projects are often stressful endeavours for homeowners, as house projects usually cost a lot of money and take plenty of time to accomplish. For most, it’s not something to be taken lightly—and those with hectic schedules tend to disregard home improvement entirely due to the lack of time.

Fortunately, there’s no need to worry about time or money when looking into how you can improve your home. Home improvement is versatile, and there’s more than one way to accomplish the task. Here are a few affordable home makeover tactics, especially for first-time homeowners.

Natural light is fantastic, but it’s not always easy to achieve, especially if you’re trying to make improvements to an apartment space. It gets dark easily as windows are few and far between. That said, anyone who wants to introduce more natural light to their humble abodes would do well to take advantage of mirrors.

The cool thing about mirrors is that they reflect natural light and have a habit of making rooms appear bigger than they are. It gives off that subtle illusion of space—something that becomes much more noticeable the more prominent the mirror. It’s the reason why some apartment owners prefer large mirrors. It’s also not a bad idea to go for warm lighting at night to help better suit a more accommodating home.

2. Tackling luxury in the bathroom without breaking the bank

Want to go for the best improvements for your bathroom without breaking the bank in the process? There’s a surprisingly simple solution, as many luxury additions to the bathroom aren’t very expensive. In fact, many are affordable, such as shower cubicles. It might come as a surprise for many that improving the bathroom isn’t that expensive. You’ll find all sorts of remarkable improvements online, and most are not challenging to install.

There are even DIY methods to make bathroom improvements, though it’s understandable if you aren’t interested, as many people don’t have the time. In any case, you’ll be pleased to note that bathroom improvement is easy, thanks in large part to many affordable luxury improvements. Feel free to experiment as much as you want, but consider the shower cabin.

3. Nothing quite as affordable as nature

One way to help elevate the overall look of your home is with the help of houseplants. The thing about plants is if you have a green thumb, you’ll have plenty of fun growing the look you want for the house. There are plants you can place outside, on the windowsill, or in the living room. There are plenty of choices for those willing to try different plants. For those who are worried about having to maintain house plants, you can go for the fake version. While it doesn’t keep the air clean like house plants do, they still get the job done with regard to aesthetics.

The best part about home improvement is there are plenty of choices on both sides of the price spectrum. Luxury and expenses don’t go hand in hand. You can have luxury without having to put a dent in your wallet.

What is the best way to consume hemp? 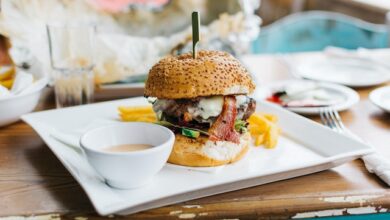