Corn farmers have been locked in battle with birds ever since the first human decided to plant a seed rather than eat it outright. Although there have been many innovations, it still remains an annoyance at best and can decimate cornfields at worst. So what can you do to protect your crops in the most cost-efficient and effective manner? This post will cover eight exciting tips that you can utilize to rescue the damage to your bottom line. 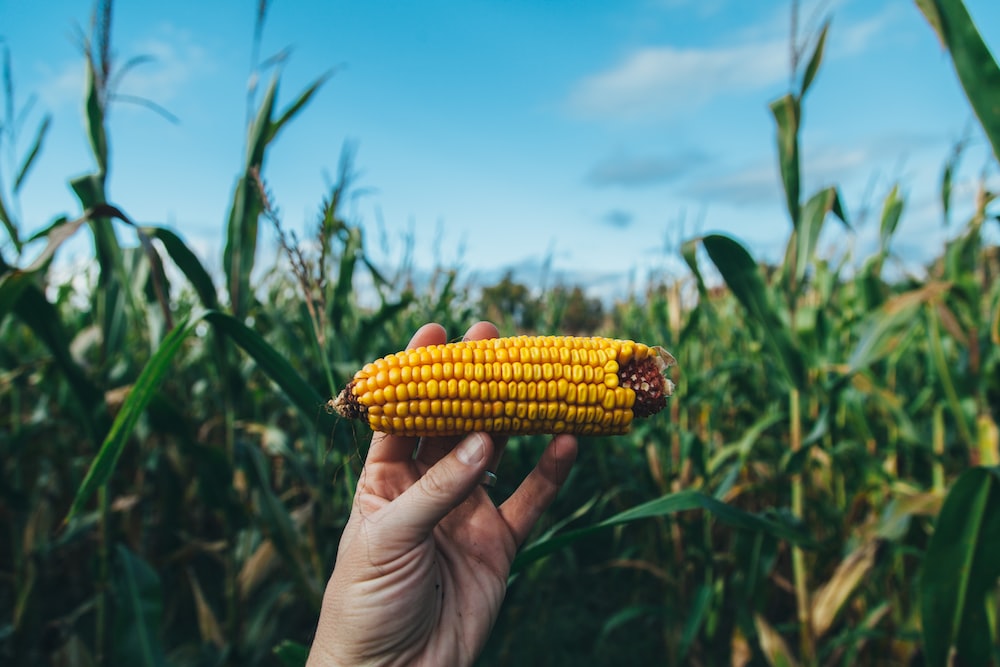 Bird resistant corn is a type of corn that has been genetically modified to make it more toxic to birds. The corn is coated with a chemical that birds react to negatively, thus repelling them from the area. The idea behind it is that if you can plant a variety of corn that is undesirable to specific corn-eating birds, they will be more inclined to leave your field alone. There has been a lot of research and practical use that has proven that bird repellent corn effectively prevents birds from eating the crop. You can also use it to prevent birds from eating the seedlings before they mature into fully grown corn. This is beneficial because corn is at its most vulnerable as seedlings. If you choose the right resistant seed strain, you will find it is non-lethal and non-toxic. It is vital because you do not want to destroy the general ecosystem, even though you want birds to stop ruining your corn plants.

Make Use Of Lasers

This option is a relatively recent innovation but is proving to be pretty successful at doing its intended job. Essentially, these devices, dubbed laser scarecrows, are assisting farmers in defense of their sweetcorn crops against attacking birds. The innovative device employs continually moving green laser light pulses to drive off the usual suspects from destroying your fields. A plastic container protects the laser from the weather, and an extendable pole allows it to be adjusted at the same height as the corn. The lasers, which can span an extensive area, scan back and forth, driving the birds away. The best part is that they can run off solar power, reducing costs and increasing efficiency by allowing you to move them around your field to maximize their utility. 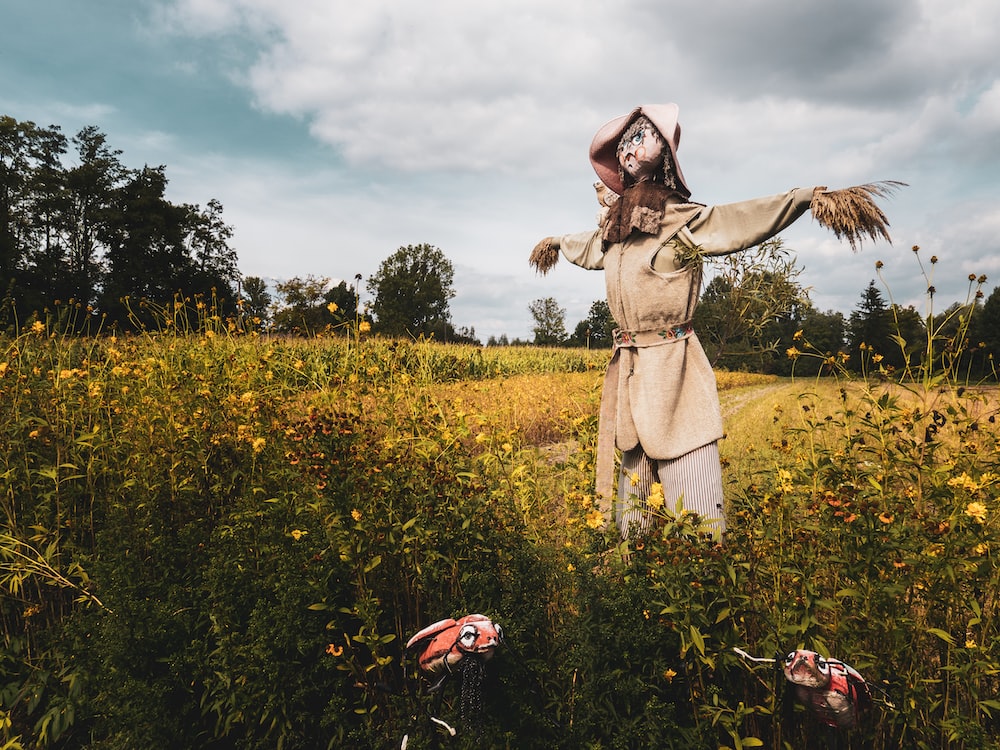 Use Noise To Scare Them Away

Noisemakers are cheap and effective in deterring birds from feeding on maize. Using noise-making gadgets, on the other hand, necessitates perseverance and devotion. Air horns and loud whistles are examples of noisemakers. Some farmers use enormous speakers to play loud music or other sounds. These sounds work in a few different ways, including: 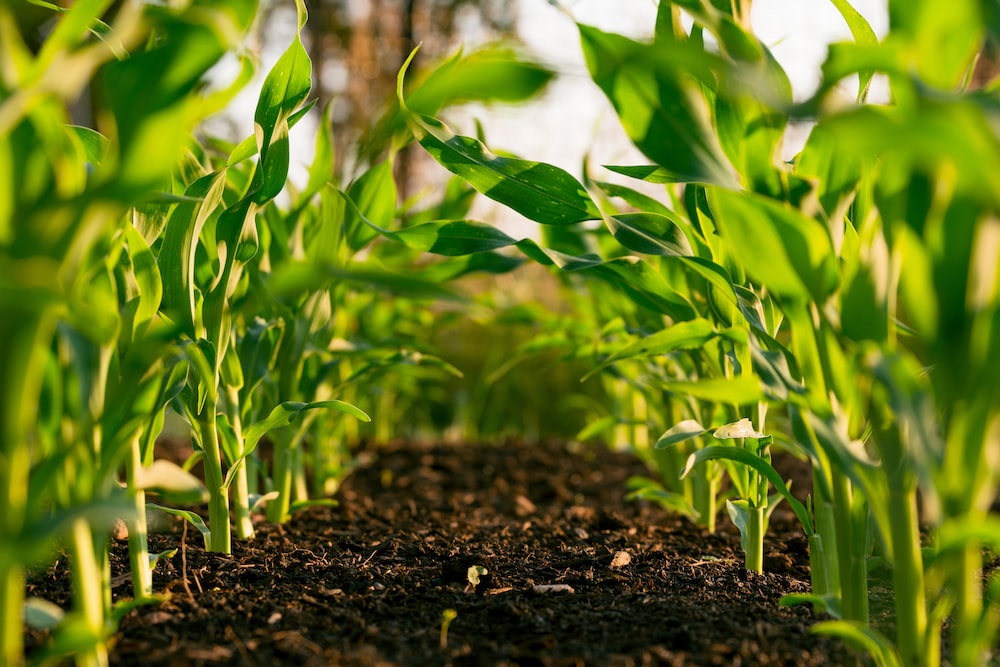 Combining several of the tips in this list and any others you might know is often the best way to maximize your results. In many cases, you might not be able to rely on one method alone. For example, sound repellents are acceptable in the middle of a large field but unsuitable for periphery areas where it may be considered as sound pollution. Furthermore, a laser scarecrow might be an innovative and effective method, but placing them around a large area could be expensive. Therefore, the best solution is undoubtedly to use a combination of techniques and see what works. It is also worth mentioning that birds are far more intelligent than the average person gives them credit for, and they will begin to ignore certain repellents if overused, which leads nicely onto the next point…

As briefly touched on in the previous point, birds are far more intelligent than many realize. Most farmers are already aware of how cunning they can be, so they end up spending so much on ways to repel them. However, a straightforward way to get around investing in more and more technology is to use what you have but to move it around. While birds are smart enough to know whether something is a serious threat or not, they can still be fooled if you move things around. For instance, if you are using a laser scarecrow, you can move them around every now and then in order to confuse the birds and prevent them from learning that they can ignore them.

Netting is a great way to prevent birds from eating your crops. It is also a cost-effective way of protecting crops from birds and other pests. It is usually made of fabric mesh and is suspended above the crops in question. Some netting has a coating that will make it less attractive to birds, and therefore they won’t eat the crop underneath. Netting for agricultural purposes does not need extra chemicals or special treatment, which means it’s much more sustainable than other methods. Although the cost can add up if you have a large area to cover, it usually lasts several years before you need to reinvest once you have invested.

You can use visual deterrents to prevent birds from eating crops. Different aspects of visual deterrents, such as their shape, color, and size, can be customized according to the needs of a particular crop. To keep crows away from your corn, you can use a variety of visual preventative measures. Visual deterrents function by working against a bird’s inherent tendencies. Birds will flee if they feel intimidated by this form of bird control. Bird deterrents that are visible include, but are not limited to:

Crows have been known to steal corn before it has a chance to settle. Planting seeds deep into the earth is the first step in keeping crows away from your corn. Position your corn seedlings at a minimum of one and a half inches underneath the ground level to keep crows and other nuisance birds away.

There are several techniques you can use to keep your corn crop safe. From resistant corn strains to simple visual deterrents, you will often find the best results from using a combination of repellents.