Militant union chief Mick Lynch was mocked on Have I Got News For You last night as celebrities joked that it was his fault fewer people than expected went to London to see the Queen lying in state.

Actor Richard Ayoade, while making reference to the crippling train strikes, which have hit the country for months on end, attempted to answer why just 250,000 people showed up to see Her Majesty’s coffin in Westminster Hall.

He said, in a veiled reference to RMT general-secretary Mr Lynch, who was sitting to his left, ‘On previous occasions people have travelled to London from all parts of the country, but it’s much harder to travel these days, isn’t it?’

Mr Ayoade also asked if ‘anything happened’ while the comedy panel was on hiatus after Queen Elizabeth II died at the age of 96 and Mr Lynch joked he ‘had called off a few strikes’ – referencing that these were paused during the period of national mourning.

His appearance on Have I Got News For You comes just one day after the RMT announced that 40,000 Network Rail staff and 15 train operating companies will stage a walkout on October 8. Actor Richard Ayoade (pictured), while making reference to the crippling train strikes, which have hit the country for months on end, attempted to answer why just 250,000 people showed up to see her Majesty’s coffin in Westminster Hall. He said, in a veiled reference to RMT general-secretary Mr Lynch, who was sitting to his left, ‘On previous occasions people have travelled to London from all parts of the country, but it’s much harder to travel these days, isn’t it?’ Regular panellist, Paul Merton (left) also interjected saying: ‘A live feed, ironically.’ While HIGNFY guest Roisin Conaty (on right), a comedian, also blamed ‘the internet’ for allowing people to watch the Queen lying in state from the comfort of their own homes and ‘people having other things’

Meanwhile, heavy security was blamed for hold-ups amid swipes that the figure of 320,000 for Churchill’s lying in state was inflated by Parliamentary chiefs.

While HIGNFY guest Roisin Conaty, a comedian, said ‘the internet’ and ‘people having other things’ allowed people to watch the Queen lying in state from the comfort of their own homes.

Mr Ayoade also made reference to Holly Willoughby and Phillip Schofield attending the lying-in-state and ‘skipping the Queue’, which took 25 hours at its height.

‘This is the national scandal over the queue for the Lying-in-State. It’s the biggest thing that’s happened,’ he said. ‘ITV’s Holly Willoughby and Phillip Schofield apparently just appeared in Westminster Hall on Sunday.’

Ms Conaty joked: ‘Just appeared? Like a haunting?’, before Mr Ayoade added: ‘Exactly, without having spent the previous 36 hours queuing.’

Regular panellist Ian Hislop also joined when asked about the time the queue took, saying wryly: ‘It started at about 14 hours, then 15, and in the end it was [… ] six years’

He added: ’People liked the experience of queuing, they liked being there and then when they thought someone had jumped the queue they got very cross. Regular panellist Ian Hislop (pictured with Ms Conaty) also joined when asked about the time the queue took, saying wryly: ‘It started at about 14 hours, then 15, and in the end it was [… ] six years’

Both of the ITV This Morning presenters have denied wrongdoing and said they were there similar to other broadcasters and journalists to film the momentous event.

ITV has said in statement: ‘They did not jump the queue, have VIP access or file past the Queen lying in state – but instead were there in a professional capacity as part of the world’s media to report on the event.’

The queue itself became the subject of intense interest, with David Beckham among those who waited in line for hours.

Which 15 train operating companies will walkout on October 8?

As well as Network Rail, the 15 train operating companies participating in the strike are:

It is understood the rate at which it moved fluctuated significantly, with the weather and staff getting used to the system among the factors.

Mr Lynch has been dubbed a ‘media star’ for his many straight-talking interviews on TV and radio, during which he has defended numerous strikes that have crippled the UK’s railways and caused widespread disruption to millions of people.

Meanwhile, the new strike action date – marking the third rail strike now planned in October – was set on Thursday as part of an ongoing dispute over pay, jobs and conditions.

RMT general secretary Mick Lynch said today that it was encouraging that the new Transport Secretary Anne-Marie Trevelyan had met the union.

‘We welcome this more positive approach from the government to engage with us as a first step to finding a suitable settlement,’ he said.

‘However, as no new offer has been tabled, our members have no choice but to continue this strike action.

‘We will continue to negotiate in good faith, but the employers and government need to understand our industrial campaign will continue for as long as it takes.’

A Network Rail spokesperson said: ‘We have received notification of another strike by the RMT on Saturday October 8, just one week after another walkout it has co-ordinated with train drivers at Aslef.

‘This latest strike will again mean very significant disruption for passengers, and we’ll be asking people to only travel if absolutely necessary due to the reduced service that will be in place.

‘Full timetables for all upcoming strike days will be published in due course.’

The staged walkouts come on a big weekend for sport, with a number of Premier League fixtures set for October 8, including Man City v Southampton, Bournemouth v Leicester City and Chelsea v Wolverhampton.

The strike is yet another blow for rail passengers, who were preparing to suffer more travel misery next month after drivers in the Aslef union at 12 train operators agreed to walk out on October 1 and 5. Staged walkouts will affect travel to and from the Conservative party conference in Birmingham which is due to take place between October 2 and 5.

Runners hoping to get to London for the London Marathon on October 2 will also be impacted by the strikes as routes into and around the city will be affected.

RMT members employed by contractors who clean Avanti West Coast trains will walk out for 24 hours on Friday in a separate dispute over pay.

A planned strike by drivers on September 15 and 17 was called off as a mark of respect following the Queen‘s death.

RMT Union general-secretary Mr Lynch said the walkout of rail workers during the official mourning period was ‘suspended’ as it joins ‘the whole nation in paying its respects’.

He added: ‘We express our deepest condolences to her family, friends and the country’.

The move comes after a summer of discontent as thousands of workers across the rail, telecoms, legal and postal sectors, staged walkouts amid disputes over pay and working conditions.

Criminal barristers have staged indefinite strike action over a dispute about Legal Aid fees, while postal workers also staged strikes with a further 48-hour strike planned for later this month. The queue itself became the subject of intense interest, with David Beckham (pictured centre) among those who waited in line for hours

Culture Secretary Michelle Donelan gave the 250,000 figure after the former monarch was laid to rest in an emotional day of pomp and ceremony.

The Parliament website says 320,000 people viewed Winston Churchill’s coffin at his lying in state in 1965, which lasted for three days rather than four and a half this time. Some 300,000 are said to have paid respects to George VI in 1952.

Sources pointed to airport-style security requirements as one factor, and also suggested the tally – which has yet to be finalised – was much more ‘robust’ than for previous events.

One source told MailOnline that historical estimates need to be treated with a ‘pinch of salt’. ‘It seems there has been a never-ending ratchet by previous Black Rods to want each number to increase every time there is a lying in state,’ they said.

Ms Donelan described the queue for Westminster Hall as ‘phenomenal’, as she paid tribute to the volunteers who helped manage and support the proceedings of recent days, including the lying-in-state.

She told Sky News ‘more than 250,000’ viewed the coffin but officials were still ‘crunching the final numbers’. Around a quarter of a million people were able to pay their respects to the Queen lying in state – lower than the 400,000 some had estimated

Ms Donelan told BBC Breakfast: ‘There’s no dress rehearsal is there for this kind of scenario. It has been in the plans for years, but obviously we stress-tested everything and worked with community groups.’

She praised the help of the Samaritans, the Red Cross, the police and establishments across the South Bank that opened their doors to those queuing.

‘It was a real team effort to enable people to have that moment to say goodbye and I want to pay tribute to everybody that was involved – all the volunteers, all the marshals, the stewards, it was incredible.’

Ms Donelan said that most British people would see the cost of the Queen’s funeral as ‘money well spent’, but could not put a figure on what that cost might be.

Pressed on Sky News about the cost of the funeral, she said: ‘I’m not sure of the exact costings but as I say, I think the British public would argue that that was money well spent.

‘You saw so many thousands out there and I don’t think anybody can suggest that our late monarch didn’t deserve that send-off, given the duty and the selfless service that she committed to over 70 years.’

She said it would be ‘downright preposterous’ to suggest otherwise.

‘It was great sense of the community coming together. I always think of our late monarch as the glue that brought society together,’ she added. 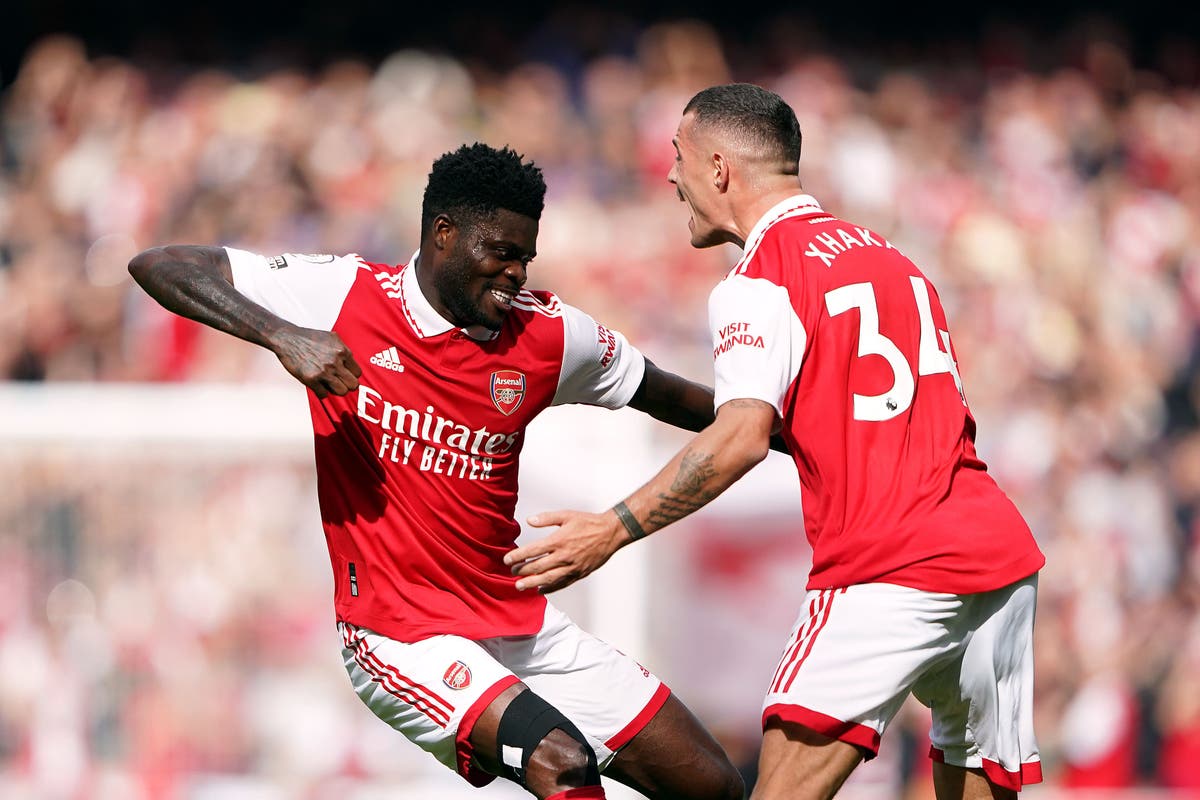 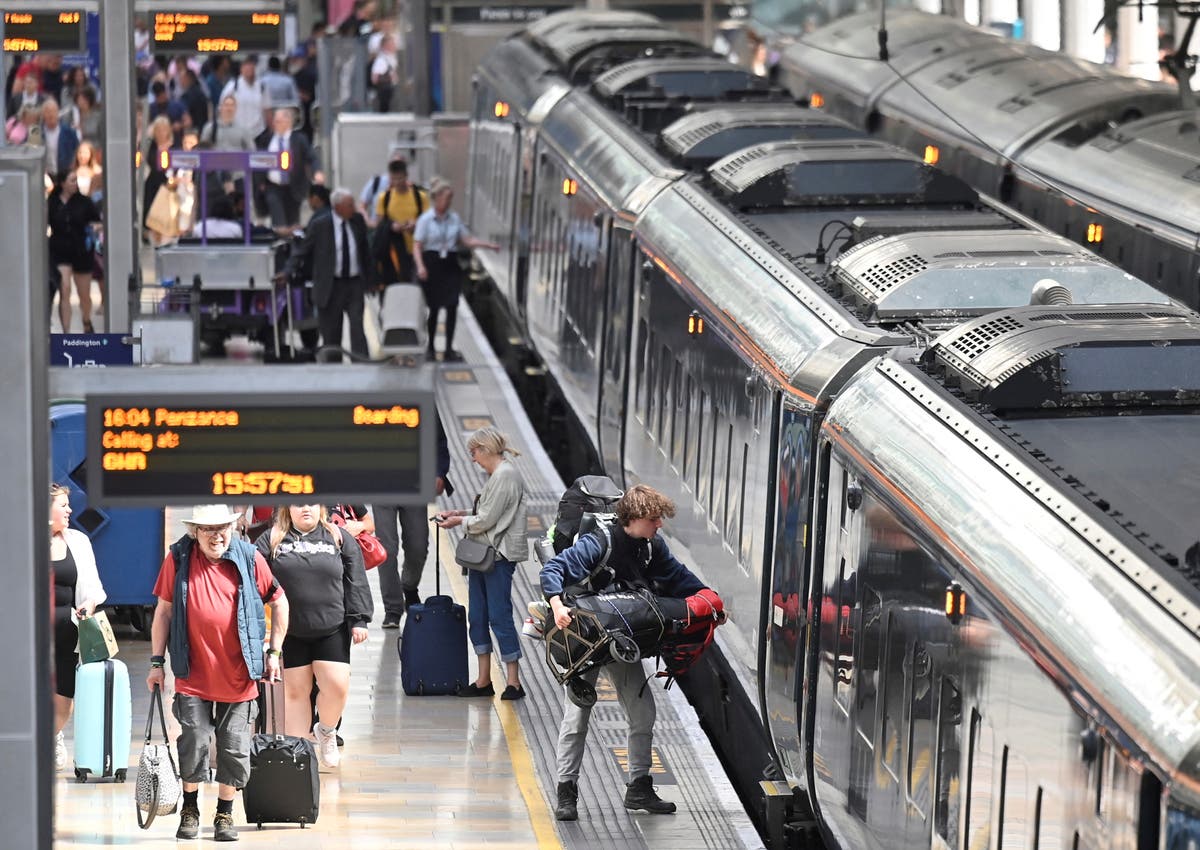