At the height of the coronavirus restrictions, Princess Beatrice married Edoardo Mapelli Mozzi in a small, intimate ceremony on July 17, 2020. But fans are curious about her flawless engagement ring, which we explain in the paragraphs below.

According to Lorna Haddon, head of diamonds and jewelry at Beaverbrooks, Edoardo Mapelli Mozzi proposed to Princess Beatrice with a stunningly unusual engagement ring. “Beatrice’s husband Edoardo wowed us back in 2019 with this stunning platinum diamond engagement ring, with its large central diamond framed by tapered baguette cut diamonds,” she stated. A solitaire diamond ring, which is identical to Queen Elizabeth’s ring, is a traditional choice that offers a timeless finish with plenty of brilliant glitters.

Princess Beatrice’s engagement ring stood out among the crowd owing to the efforts put in making it possible, even though her wedding was small and subdued in comparison to some of the other royal weddings. It exudes elegance, splendor, and some spectacular gems.

The exquisite ring was created by Shaun Leane, a well-known British jeweler who collaborated with Edoardo to develop a piece of jewelry that reflected the couple’s personalities and love story.

Steven Stone gold experts talked to a news agency about Princess Beatrice’s ring after taking a careful look at it.

Engagement ring specialist, Max Stone, said: “Princess Beatrice’s ring is an absolute stunner. A six-claw round diamond takes center stage, which looks to be around three carats. The round diamond shoulders two tapered baguettes, which give the ring a vintage feel and Art Deco-inspired look.

“For added sparkle, the ring also features small pavé diamonds halfway around the band. From the images, it’s clear the diamonds are VVS grade, which means they have minuscule inclusions that are difficult even for trained eyes to see under 10x magnification. The diamonds look flawless.”

Princess Beatrice’s ring contains ethically sourced diamonds from Botswana, precisely like the center stone in Prince Harry’s ring for Meghan Markle, giving them a special bond, one that they can cherish for times to come.

Botswana is one of Meghan and Harry’s favorite spots and is also widely recognized for being one of the world’s greatest producers of ethical diamonds. Meghan Markle’s ring, on the other hand, is assessed to be worth roughly £96,729 by Steven Stone specialists.

Princess Beatrice’s ring, like Meghan’s, is inspired by The Queen’s engagement ring, which has a magnificent Art Deco design bordered by diamond panels. The center stone in both rings is a 3 carat diamond.

The wedding band is stunning, exactly like her engagement ring. Shaun Leane created the ring as well, using platinum and pave diamonds to create a style that matches the engagement ring flawlessly. The wedding band, on the other hand, is significantly different from those worn by other royal ladies. Hence, it could be considered a big departure from tradition, as royal wedding bands are usually crafted of Welsh gold.

Other marvels of the wedding

Be that as it may, the royal wedding included a list of things that caught worldwide attention as soon as photos were released by Buckingham Palace.

Princess Beatrice donned a classic Norman Hartnell gown with short organza sleeves and diamanté, which was the most anticipated portion of any royal wedding. The gown was Beatrice’s “something old,” since it had been worn by her grandmother, Queen Elizabeth II, in the 1960s. The bride donned the Queen Mary diamond fringe tiara, which was also worn by Queen Elizabeth on her wedding day!

It was a moving complement to the Queen that she chose a Norman Hartnell masterpiece for her wedding gown. Queen Elizabeth’s wedding gown and Princess Margaret’s wedding gown were both fashioned by Hartnell for their 1947 marriages to Prince Phillip.

The venue for the wedding also came as a surprise. It was scheduled to take place at St. James’s Palace in London, but instead, the pair married in secret at The Royal Chapel of All Saints at Royal Lodge in Windsor. The chapel is smaller than normal royal wedding settings and is just a short drive from Windsor Castle (the site of her sister, Princess Eugenie’s, nuptials in October 2018 and Prince Harry’s royal wedding that spring). The Queen worships at the location regularly for privacy concerns, making it the ideal location for a low-key and heartfelt wedding.

Flowers were abundant outside the cathedral, much as they were for her sister Eugenie’s wedding in 2018. A flowery arch of pink and white flowers and foliage adorned the chapel’s entryway. Princess Beatrice walked down the aisle with a bouquet of identical flowers, aggrandizing the already exquisite décor ensured by experts. 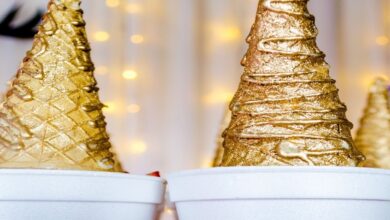