One of the most striking projects of 2021 was The Sandbox game. It is an online multiplayer game using blockchain technology with elements of decentralized finance (DeFi) and non-fungible tokens (NFT). Sandbox is a whole game meta-universe in which players can buy and sell LANDS, create and sell their ASSETS — NFT-tokens, as well as participate in project management, determining the vector of its further development.

Created by Pixowl, The Sandbox was developed as a response and alternative to traditional gaming platforms that own user-developed content and give very few rights to content owners. In The Sandbox, users have full ownership of the assets they have developed in the space. These digital assets comply with the ERC-1155 token standard. If desired, these assets can be converted into NFTs.

Literally, the name of the project reflects its essence — the creation of a basis for the implementation of new gaming products. The Sandbox positions itself as a platform for the creation and monetization of gaming experiences, in which participants create their games and entire virtual worlds, while the creators have ownership of their creations. 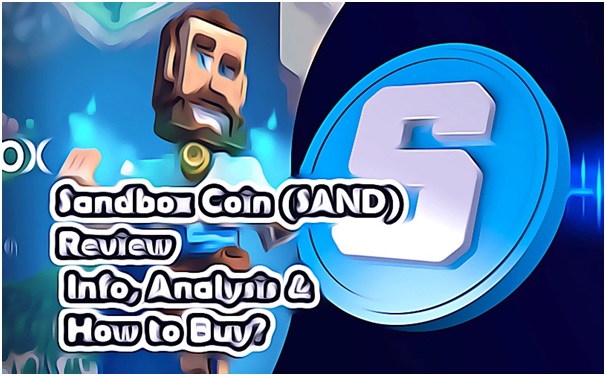 There are three types of tokens used on the marketplace:

SAND is a native game token running on the Ethereum network in the ERC-20 standard. The main currency of the game is The Sandbox cryptocurrency, which is used for all transactions.

ASSETS — user-created game objects are non-fungible NFT tokens using the ERC-1155 standard, these “objects” are unique, and the creators have ownership of them.

LAND are land plots, technically these are also NFT tokens but in the ERC-721 standard. Such land can be bought, sold, or leased. Objects and items are placed on the ground, which is transformed into full-fledged game levels.

The ecosystem of the Sandbox project can be called three solutions, on which everything is built:

It is a free 3D modeling package that allows you to create and animate 3D objects such as:

Voxels, which are cubic 3D pixels similar to building blocks, can be manipulated with VoxEdit to create new objects that, once created, can be exported to the Sandbox Marketplace and become game assets.

It is an NFT marketplace for users to trade in-game assets in the form of NFT tokens. These NFTs can be objects, buildings, wearables, and more that can be used in the Sandbox world. Also, purchased ASSETS can be included in LAND using Game Maker to create unique games.

The Token of the Sandbox Project

The SAND token is used to complete all transactions and interactions throughout The Sandbox ecosystem. Players need to own SAND to play the game, customize their avatars, purchase lands, or trade ASSETS on the Sandbox Marketplace. Also, as a governance token, SAND allows its holders to suggest and vote for changes to the platform through a decentralized autonomous organization (DAO) structure.

SAND and Its Prospects

For the users of Changelly and other crypto exchange platforms, the prospects of the token depend both on the dynamics of the development of the project itself and the mood in the entire cryptocurrency market. If it is hard to make forecasts on the second point, then the prospects for the development of the project can be understood from the roadmap and plans for this year:

As we can see from the cryptocurrency overview, the project team has serious plans for 2022.

Where to Buy SAND Tokens?

You can already buy cryptocurrency on many exchanges, the full list is available on the CoinMarketCap and CoinGecko websites. You can also exchange cryptocurrency ETH coins for SAND tokens in the Metamask wallet, but before exchanging, you need to pay attention to the commissions USA/EN in the Ethereum network.

Has Online Poker Taken Over the Conventional Experience of Playing in a Casino?

Shrink to Grow: 5 Ways Cutting Back Can Help Your Business Grow